This page was specifically created so that our community can see first hand a prime example of the kind of rescues that Shannon Miranda handle. This heartbreaking story of survival with a happy ending is just one of many that come through our rescue every year. To continue with our important work, please help us by donating! Click on DONATE. Any amount large or small is a blessing!

September 22, 2010, Miranda's Rescue receives an anonymous call around 9pm that two dogs were seen roaming on a hillside road in Humboldt County. Three hours later, the sickly dogs were located and rushed back to Mirandas'. Vets said their sarcoptic mange was some of the worst they've ever seen. They were severely underweight, had open sores, could barely stand and full of fleas. According to their dental, the vets said they were both only 2yrs old!

When news broke of Hogan & Major's rescue, generous donations came flowing in to help with their rehab cost. With the community's loving support and a great staff at Mirandas, Hogan (St Bernard Rottweiler Cross) and Major (the German Shepherd) have made amazing transformations!!!

MAJOR: At the time of his rescue, Major had extreme hairloss over his entire body due to mange, his tail looked like a rat's tail, he had painful sores on his under belly & his face, terrible trembling while standing due to weak muscles and had many other ailments. The first picture below was taken from video after he had actually gained 12lbs. The other one was taken the day of his arrival. Unfortunately all of the other photos taken when he arrived were blurry. 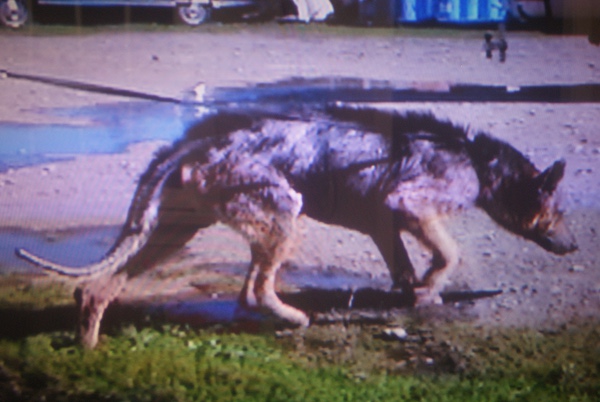 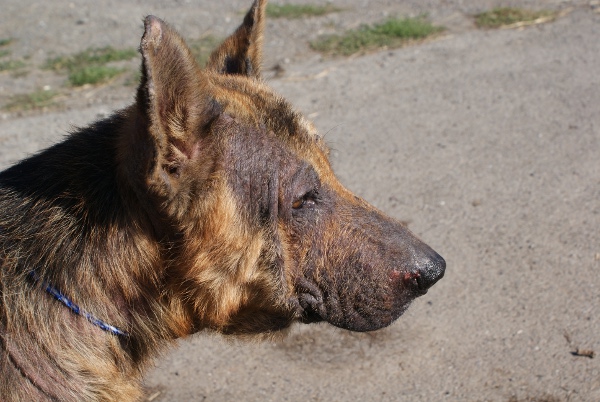 At the time of his rescue, Major weighed in at 76lbs. Today he weighs in at 98lbs! He is now healthy enough to begin dog-obedience training. When he successfully passes his course with flying colors, Major too will be available for adoption. Given a daily regimen of meds for mange & other bacteria infections, a good diet, fish oil pills & tons of love and companionship Major has rebounded in a tremendous way. Thank you to our Angels in our community and beyond who donated towards his recovery and thank you to our great team here at Mirandas. We all saved his life. Look at that adorable and happy-go-lucky face! 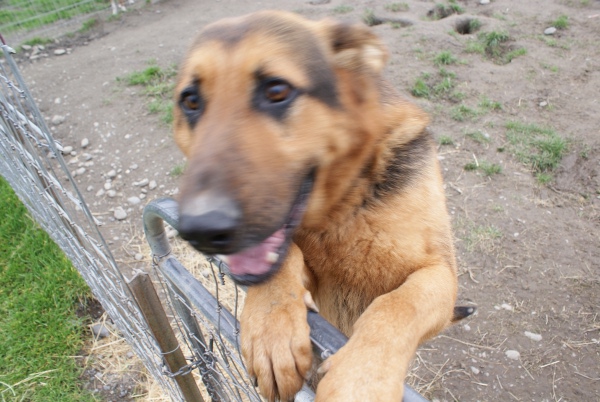 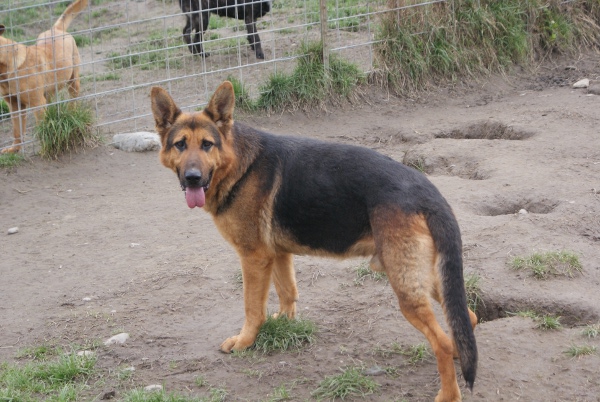 HOGAN: At the time of his rescue, Hogan had extreme hairloss over his entire body due to mange, his tail looked like a rat's tail, he had huge sores on his under belly, lumps on his hind quarters, sores and lumps so large on his face you couldn't see his eyes, he had terrible trembling while standing due to weak muscles and many other ailments. Hogan's condition was much more unstable compared to Major. 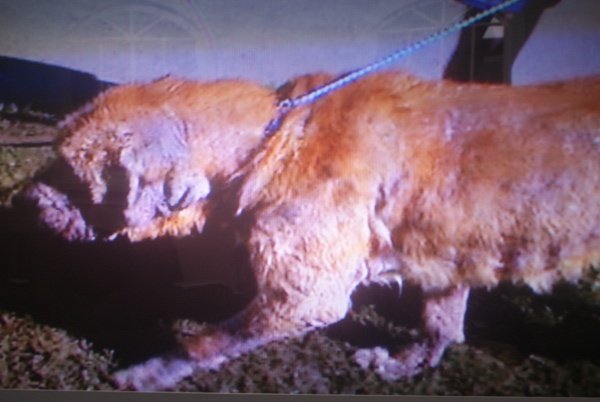 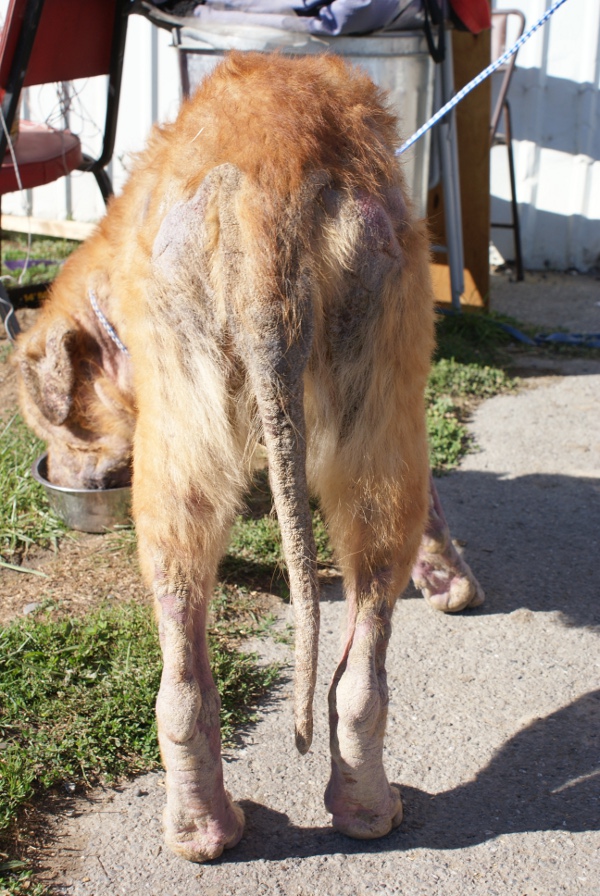 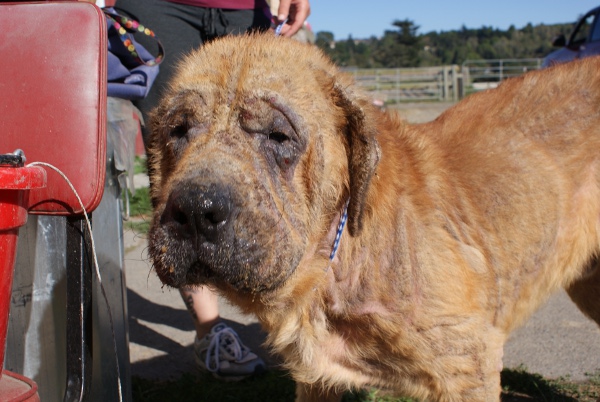 Today, Hogan is a lovable happy lapdog! At the time of his rescue, he weighed in at 116lbs. Today he weighs in at 146lbs! He too was given the same meds as Major for mange & bacteria infections. He thoroughly enjoyed a healthy diet of delicious food mixed with lots of love. Also the fish oil tablets gave him a brilliant coat. Bless you all for giving donations towards his recovery. Because of you and our great staff, today Axel is has become one of our most courageous and miraculous rescue stories ever!

Hogan definitely has the face of a Saint; a Saint Bernard that is! Couldn't you just give him a big smooch! Stinkin' adorable. 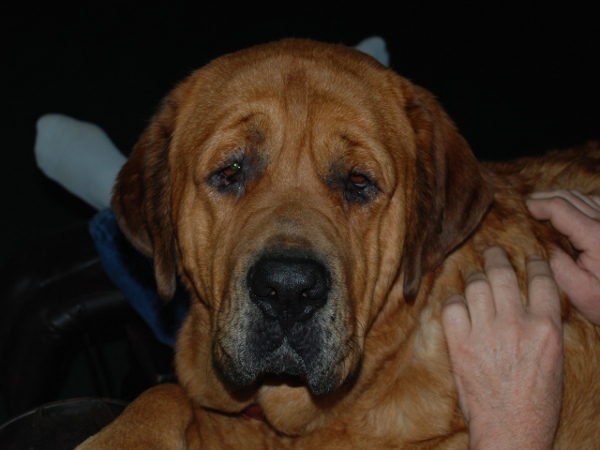 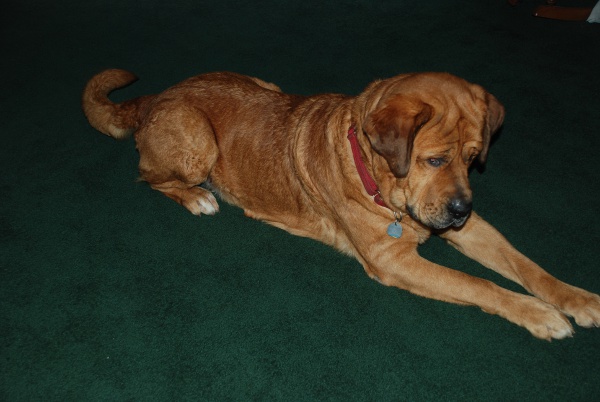 As you can see, Hogan frequently gives a lot of lap lovin'. 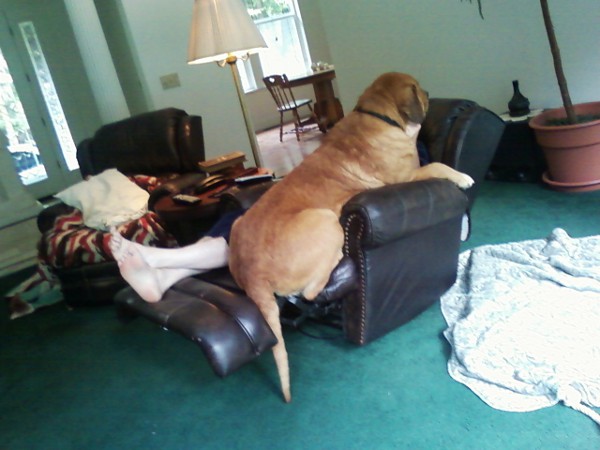 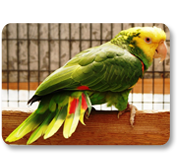 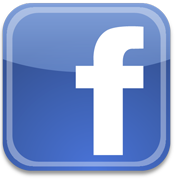